Morris R. Beschloss
KEYWORDS pipe, valves, fittings
Order Reprints
No Comments
One of the most-asked questions and also least clarified is: “Why have oil prices quadrupled over the last decade with U.S. demand lower and production on the upswing?”

Since 2007, U.S. oil demand has declined by two million barrels per day, while fracking-induced production has simultaneously risen by three million barrels per day. This has reduced the difference between U.S. consumption and U.S. production — which was 13.6 million BPD in 2007, to less than 9 million BPD by the end of 2013. This still leaves a major import gap, which must be consummated by overseas purchases.

While the rapidly increasing U.S. production by virtue of fracking technology has increased from a 2007 low of 3.5 million BPD to more than the current 8.3 million BPD, the competition for West Texas Intermediate, which requires less refining than imported blends, generates prices more than $100 per barrel at Cushing, Okla., the United States’ main storage inventory on which current price structures are based. 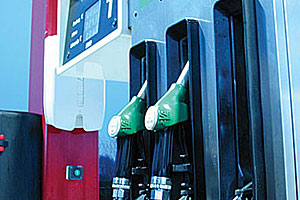 Brent crude, whose price basis is focused on a blended crude stream produced in the North Sea region, serves as a benchmark for the many internationally traded crudes. This means that even U.S. reduced consumption needs still have to compete with the rest of a fast-growing world demand, which has lifted world prices due to geopolitical uncertainties in the Middle East and Russia.

Under these circumstances, the spread between domestic crude and overseas Brent has hovered around a $5 premium increase favoring the lesser price increases for West Texas Intermediate.

That is why the greater shipment of Canadian oil sands through the Trans-Canada XL oil pipeline would inure to domestic refinery conversion, adding to the domestic supply available. It also is the reason a major lifting of the 1974 post-Mideast embargo has little if any chance of lifting in the foreseeable future.

Therefore, it would be foolhardy to anticipate any substantial gasoline or other derivatives’ price decline over a longer period of time in the years ahead.

With much of the world’s residential, commercial and industrial growth expected to emanate from the underdeveloped and developing, rather than the developed nations, such as Western Europe, Japan and the U.S., it is amazing to note “King Coal” still reigns supreme as an electric power generator, as well as thermal coal usage for converting iron ore into steel.

While much of the propagandistic super-sensitivity involved with global warming emanates from the world’s leading economic powerhouses, the underdeveloped nations’ priorities are primarily concerned with the transition from agrarian subsistence to “added value” economies that require cost-effective raw materials. They also need the availability to keep their growing factories, mines and power-generating stations in step with their indigenous growth.

While the U.S., Western Europe, Japan and other developed nations can afford hypothetic academic scientific debates regarding the real value of renewables, that part of the world that will primarily move the planet’s population from 7 to 9 billion by mid-century has been using and continues to use coal as its primary source of keeping its growth engines at full steam in order to accomplish their economic potential objectives.

In doing so, such massive population group areas as Southeast Asia, South America and even much of Africa see the U.S. as a primary source of coal reserves, which no other world power can offer in such excessive plentitude.

While America’s highly touted circumvention from coal through thinly proven academic treatises indulge in such tax-subsidized renewable energy supplements as geothermal, solar, wind and ethanol, the overwhelming population numbers residing in two-thirds of the world don’t have the luxury of time and effort for these endless debates. This is especially true since the unemployment factor now plaguing the economic superpowers is lethal in its political security implications for the global underdogs.

Based on current analyses, this dependence on coal as their primary natural resource will not change. In fact, its demand will accelerate in the years ahead, tapping into the U.S. reserves in ever-increasing quantities barring some hare-brained future administration scheme to shut down America’s coal mines.

Based on the accelerating experiences of the past six-and-a-half years, such a self-destructive economic move under the guise of safety is within the realm of possibility if the increasing rash of executive orders, lately challenged by the U.S. Supreme Court, are not effectively confronted and stopped.

Royal Dutch Shell's plan to spin off several U.S. pipelines into a publicly-traded partnership focuses fast-growing attention on a major aspect of energy development, whose importance is becoming increasingly critical due to the urgency of upgrading and proliferation.

In a filing with the U.S. Securities and Exchange Commission, the world-class Anglo-Dutch oil giant indicated its intent to float Shell Midstream Partners LP on the New York Stock Exchange.

While Shell will maintain a controlling interest in the new company, it expects to sell $750 million in shares and structure this particular business segment and master limited partnership, which foregoes corporate income taxes and distributor profits to stockholders on a regular basis. This concept was originally conceived during the "Reagan years" as a means of stimulating investor interest in all aspects of energy development in the U.S., which was severely lagging during the 1980s.

Although Shell's pipeline float is a small segment of its multi-billion-dollar global energy development and investments, it has never adequately promoted this important segment. Shell's decision makes us that believe its midstream assets, which also include storage facilities in addition to pipelines, are significantly undervalued in relation to the unexpectedly rapid expansion of energy transmission.

Shell's management believes that putting its "very substantial" transmission and transportation sector into high profile will substantially increase its monetization in sync with the unprecedented expenditures that U.S., Canadian and Russo/Chinese pipeline demand will project into the headlines for investors and observers alike in the foreseeable future.

In perceiving Shell's midstream future, it will own, operate, develop and acquire additional midstream assets, and will be based in Houston with pipelines primarily located in southern Texas and the Gulf of Mexico adjacent to Louisiana, putting it close to the nation's densest refinery infrastructure.

According to the original SEC filing, Shell Midstream's transition component posted a net profit of $15 million on revenues of $36 million as a starting point. Based on the upcoming anticipated growth, this free-standing Shell entity looks like a winning strategy in a relevant location.

The latest on U.S. imports-exports

What does the metals surge mean?