In 1952 when Dale Reese founded Standard Plumbing Supply out of Ogden, Utah, he slept in the warehouse until he was able to afford rent — $30 per month at the time.

Today, the average cost of rent in Utah hovers around $1,300. Much like the catapult in rental prices, over the past 70 years, Standard Plumbing Supply has skyrocketed from a one-man, one-location show to a distribution powerhouse serving nine western states via its 110 locations.

Since 1992, Dale Reese’s son, Richard Reese has served as the company’s president. Today, three Reese brothers are preparing to take over the company as the third generation — Jacob Reese, who handles all things sales, marketing and operations, Daniel Reese, a recent BYU accounting graduate who focuses on the financial side, and Benjamin Reese, another recent university graduate who takes care of new stores, showrooms and remodels.

Another integral part of the Standard leadership is Dave Freeman, a plumbing distribution veteran who worked for Hajoca and Stapley Wholesale before joining Standard Plumbing Supply in the 1990s. Richard Reese calls Freeman his “guardian angel.”

“Dave has been instrumental over the decades in the opening of new locations,” he says. “He was a road warrior for us and a true gentleman that our employees know and love. He invented our annual buying show which is a tremendous hit each year, bringing in 175 vendors and more than 3,000 contractor customers in 2022.”

Freeman has retired and now works to tackle the expansion of new product sectors and accessories.

Standard Plumbing Supply was first featured in Supply House Times in 1975 as the Wholesaler of the Year. At that time, the company had just over 100 employees, seven locations and was just beginning a modest showroom operation. In 2022, Standard has more than 1,000 employees and operates 51 showrooms. In addition to Standard Plumbing Supply, the company owns and operates Standard Air Supply, Sprinkler World and Standard Logistics — a newly launched internal trucking division that carries inventory from branch to branch.

The customer is the boss

Although the number seven is known for being lucky, luck has had very little to do with Standard Plumbing Supply achieving growth and three generations of family leadership over the past seven decades.

What is to thank for the growth and expansion? Well, Jacob Reese says he learned from one of their manufacturer partners, A.Y. McDonald, that "the customer is the boss."

“At their manufacturing plant, they have a quote from Sam Walton that says, ‘There is only one boss: The customer. And he can fire everybody in the company from the chairman on down, simply by spending his money somewhere else.’”

Jacob Reese says Standard strives to serve by that mantra, always remembering that the company couldn’t have its operation or business without the customer. “From the random, one-off orders from a plumber to the builder who’s going to do 1,000 houses with us, we remember each customer is our boss,” he says.

That being said, Standard Plumbing Supply relies heavily on its local branches to thrive in their respective locations. Although the company has grown to develop more than 100 stores, Richard Reese says expanding branch numbers has never been the end goal.

“I’ve long since stopped keeping track of an exact number of locations; it was never my goal to have X number of stores,” he says. “Jacob — my son and third generation leader — would ask ‘Alright, what’s our end game?’ and I’d just tell him to keep it going.”

Richard Reese continues, saying the goal is to “keep Standard going, be grateful for the opportunities we’ve had and take advantage of new ones that come along.”

Although Standard has achieved such tremendous expansion, Jacob Reese points out that the goal is always to remain store-centric in its operations. “We try to keep most of our operations within our local stores focused on customer service,” he says. “I think that’s the last competitive edge we have as a local distributor, and a lot of companies lose sight of that. So we want our local managers to be able to focus on running their stores while the corporate offices run more like a support center, making sure each local manager has what they need to service their customers.”

“I could call Richard about an opportunity and he’ll say, ‘Figure it out and don't lose money,’” Jacob Reese says. “There’s a lot of freedom. We want our people to have the flexibility to get the job done the best way they know how.”

Richard Reese agrees, describing the company as a bit unusual, “We’re just unusual entrepreneurs and we do things that might be a bit wacky to some of our competitors.”

Among some of those “wacky” things are the fact that Standard builds its own showroom displays for its 50 showroom locations. The outside-of-the-box thinking doesn’t stop there; the company also has its own trucking business that takes inventory between its various locations — something that came in particularly handy throughout the supply chain disruption over the past couple of years.

Many who’ve been in the PHCP business for decades remember Dale Reese and Standard Plumbing Supply as the pioneer in the self-service, walk-in warehouse business — a concept that was unheard of at the time.

70 years later and Richard Reese says the company is still a little bit unique in the way it does things.

“We still think of ourselves as a small business,” he says. “We’re still pioneers and embody that entrepreneurial spirit that my father founded the company on. We’ve always been self-reliant and do things that companies like ourselves don’t usually do. Whether it’s taking care of our own trucks and building their beds, or our own graphics departments making our signage and tee shirts, we all wear many hats.”

Ahead of the curve

Standard Plumbing Supply was an early adopter of eCommerce. So much so, that according to Richard Reese, they began the endeavor at a time when many manufacturers did not even want their products sold online at all.

Obviously, the paradigm has shifted as distributors are constantly competing to stay up to date with online ordering trends. Jacob Reese says Standard has found its niche in a difficult eCommerce environment.

“eCommerce isn’t easy and it’s expensive to do,” he says. “The days of people sorting through and ordering from a huge catalog are gone. There are certain products that we can’t efficiently ship from an online order, so we’ve focused on keeping an up-to-date available inventory on our website of products that we can deliver within 24 hours.”

Jacob Reese notes there are many challenges that come along with eCommerce and online ordering — from damaged packages to dealing with returns — but the risk is worth the reward if you can figure out how to make it work within your business.

“Although there are many challenges the adoption of the internet has brought, I think rather than limiting the success of wholesalers, it’s enhancing the possibilities of success and the need to have someone consolidate product at a localized operation.”

While focusing on staying ahead of the curve with technology, Standard still remembers that the customer is the boss.

“As a millennial, I work to build all of these cool tools allowing our plumbers to place an order in 30 seconds or less, but many of them still want to send a text, write a parts list on a cardboard box, make a phone call, etc.,” Jacob Reese says. “While we have plenty of customers taking advantage of these new tools, we have plenty that don’t. Each customer is the boss, so we just meet them wherever works best for them.”

Richard Reese points out another lesson about customers that he learned from his father, Dale. “My father used to tell me that once a customer walked into your store, you owned them,” he says. “Not in a bad way, but meaning that if they’re already in your store, they’re pretty likely to purchase something — and maybe even something they didn’t plan to.

We’ve got too many competitors online, but when the customer comes in and we do a good job serving them, they want to come back, and that’s where we truly win.”

One more unique thing Standard Plumbing Supply has that’s not too common among PHCP-PVF wholesale distributors: More than 30,000 Instagram followers. Jacob Reese is responsible for this project, and he says the growth came simply from dedication to posting frequently and engaging with others. “We found a lot of success in re-sharing posts of projects from our customers — cool home projects for example,” he says. “We’ve also worked with local influencers to gain exposure. We’ve just stayed consistent and engaged to get our name out there on social media.”

As mentioned earlier, Richard Reese simply wants to keep Standard going and successful for years to come. But it’s not for notoriety; it’s to make sure he’s leaving something better than he found it.

“My mother and father gave me this business,” he says. “I have been blessed by it and am forever grateful for the opportunities it’s brought. My goal is to pass this down to my sons so they can be blessed by it as well. When someone gives you an opportunity you might as well make it a little nicer for the next folks.” 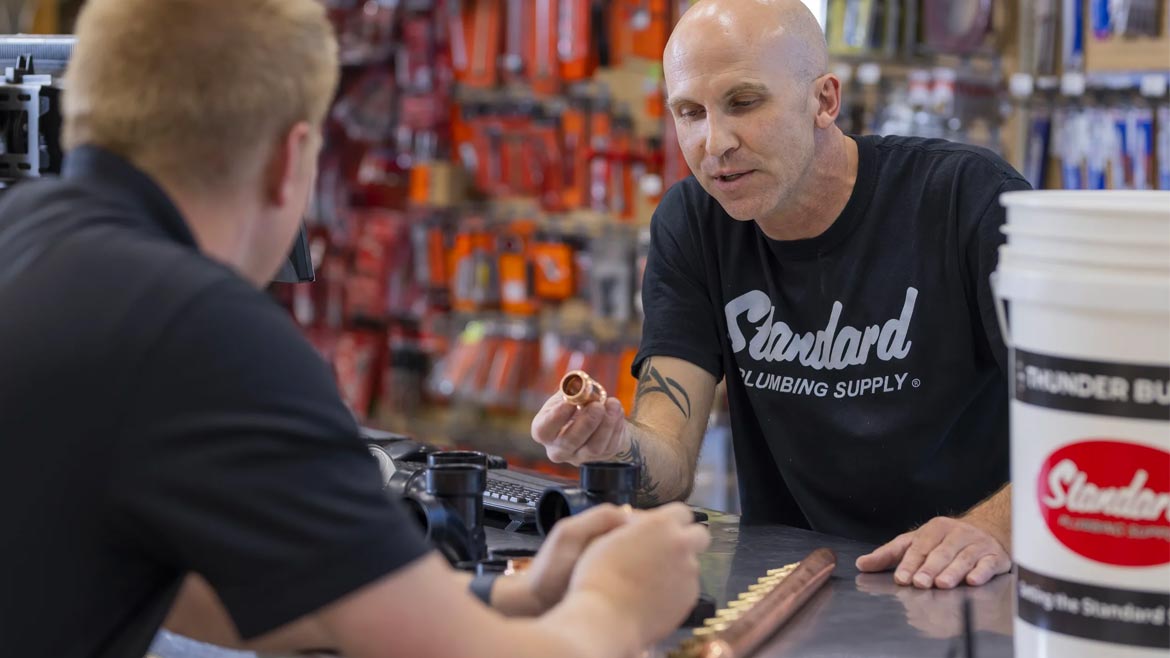 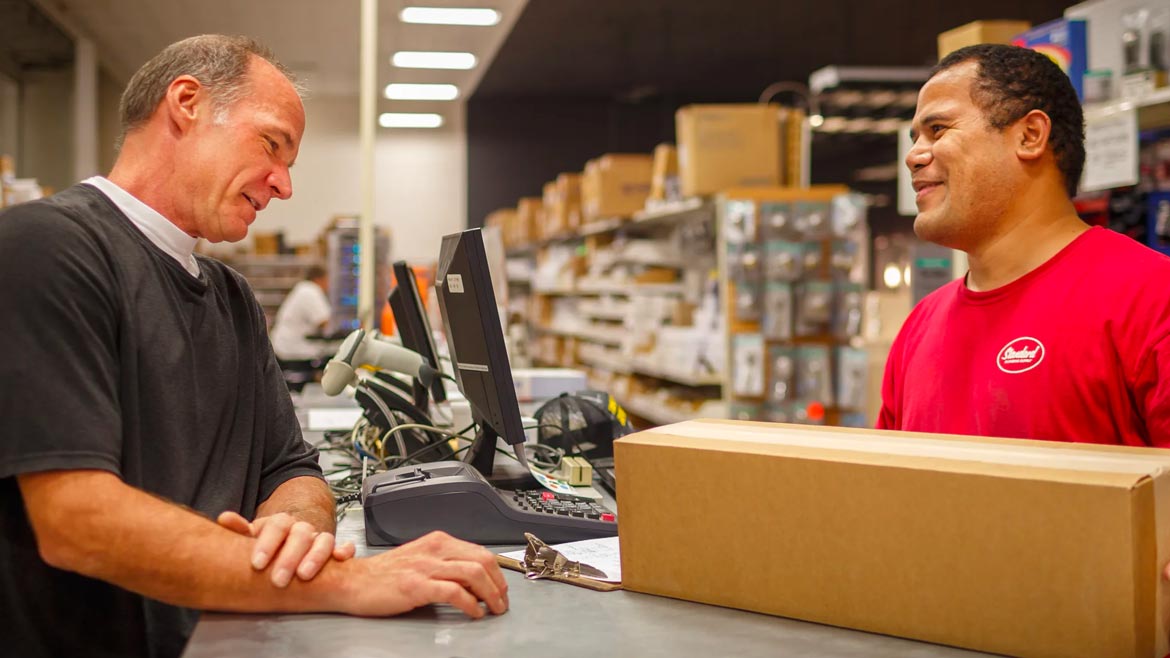 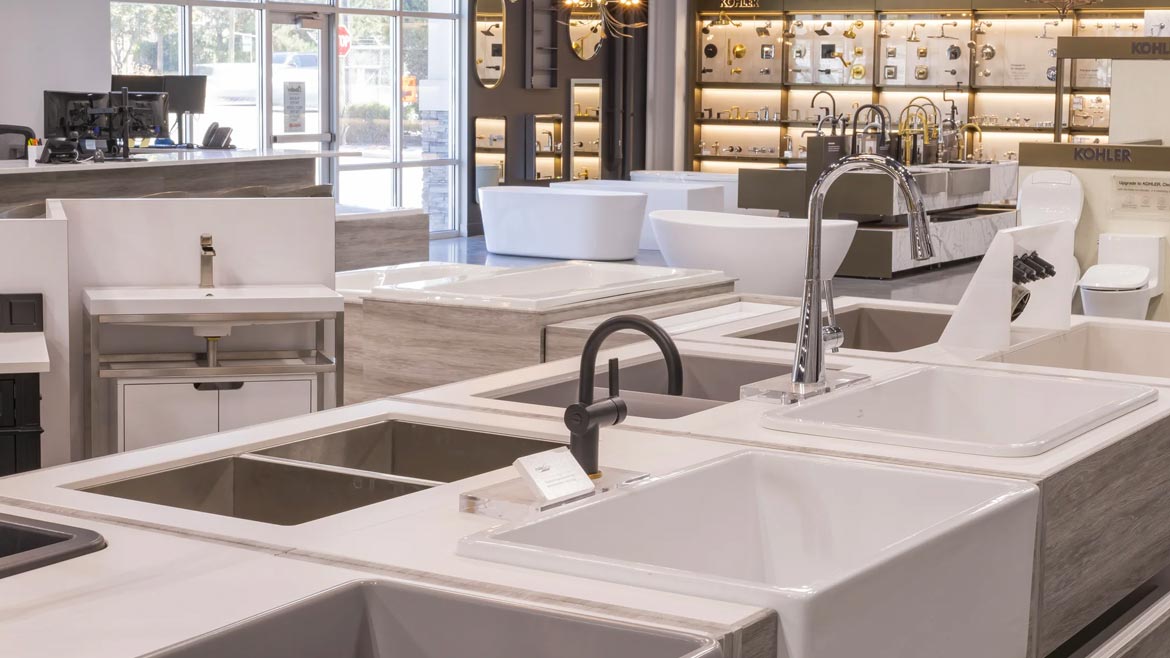 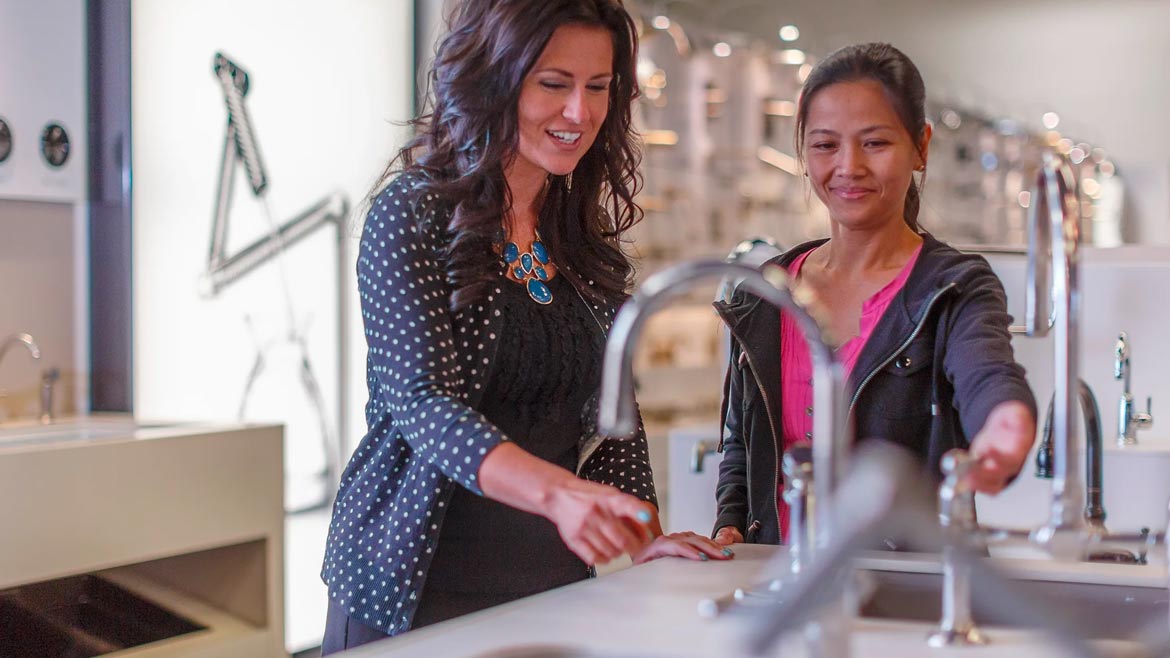 Richard Reese says the company doesn’t have a stopping plan, it has a continuation plan. “If we have an opportunity, we’re going to try and take advantage of it,” he says. “It hasn’t been easy; our competition is keen and tough. But we keep going with a positive attitude focused on growth and improvement.”

Despite challenges and online competition, Richard Reese believes the future is bright for the PHCP industry. “We may lose some market share to the internet, but at the end of the day we are in the store business,” he says. “We need to focus on providing local service and supply to local customers who are also local small business people.”

Thinking back to how it took a few minutes to recall how many locations the company has, Jacob Reese points out that the Reese family treats Standard Plumbing Supply more like a stewardship than a business.

“It’s not about how many branches we have or how many sales we make,” he says. “Richard has always treated this company as a stewardship, focused on getting the job done the right way and helping others, taking the responsibility that was given to him seriously and being a good steward by turning over something great to my bothers and I.”