Our industry may take you to places you never imagined.

Dr. Seuss wrote a beautiful book by that title. It’s probably been the main focus of most high-school valedictorian addresses ever since. But I don’t think Dr. Seuss ever spent much time in unusual mechanical rooms or famous buildings. Those buildings all need heating and cooling, and that’s what we do. And, oh, the places you will go.

My departed friend, Ralph, once took me to see a small steam boiler that was under a tiny church near Ellicott City, Maryland. He serviced that boiler. Ralph told me the building stopped being a church in the 1990s, but it continues to be a very historical place. It’s part of Doughoregan Manor, which once was Charles Carroll’s plantation. Mr. Carroll was the only Roman Catholic to sign the Declaration of Independence. He built the church on his land because Catholics had to worship quietly during colonial times so as to not have problems with the Puritans. For a while, it was against the law to even be Catholic back then.

Ralph removed the padlock and pulled open the heavy metal door that was parallel to the ground. “Watch your step,” he said as I followed him down the stone staircase.

The room had a low, vaulted ceiling and an oil-fired steam boiler. The oil tank was lying on its side in a low stone niche that was built into the left-side wall. There were identical niches next to and above the oil tank, and more on the opposite wall.

“Oh, that’s where the bodies used to be,” he replied.

“Yes,” Ralph said. “Members of the Carroll clan, gone to heaven.” He smiled.

“What the heck is this place?” I asked.

“Well, it’s a boiler room now,” Ralph said. “You can see that. But it used to be a crypt. It’s a little spooky doing service down here.”

I looked around and gulped.

“How do you like the way the boiler is piped?” Ralph said.

“Umm, looks good to me.” I said as I looked at the oil tank, laid out nicely in its niche. On its back. Not moving.

“There’s a haunted house in Ellicott City,” he said. “We service that place, too. Stuff moves around when I’m there. It’s really creepy. Want to go see it when we’re done here?” 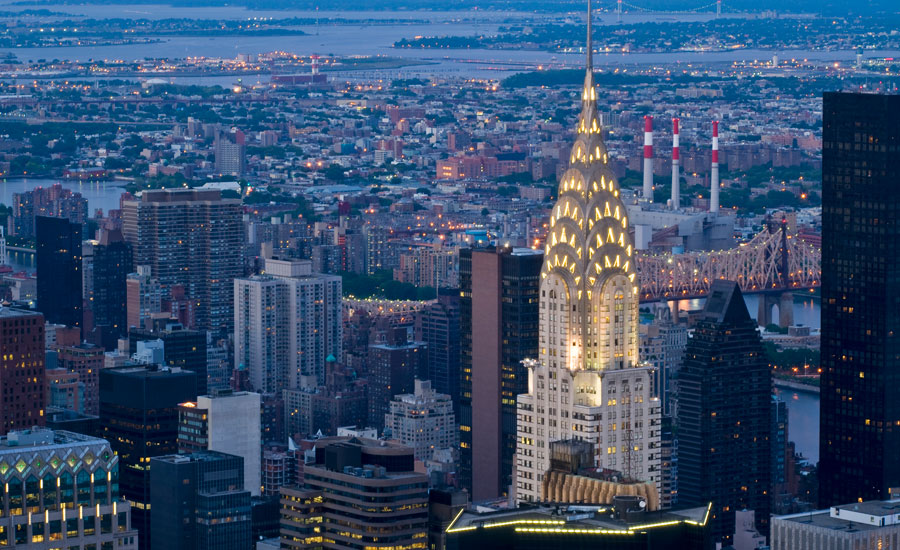 I never thought I’d get to be in a cell in a very crowded and scary New York City jail. But there I was on Rikers Island with their heating guy. The guards had moved the two prisoners out of that particular cell so we could do what we had to do with the radiator that was locked up as tightly as the prisoners. I was wearing a jacket and tie because that was the dress code for a manufacturer rep in those days.

“You the hacksaw salesman?” A prisoner with facial tattoos and bowling-ball muscles asked. He looked like the box I came in.

“What you mean umm?” he asked.

Even the guards laughed.

And then, there was the Chrysler Building in Manhattan — which is still the world’s tallest, steel-supported brick building. On Jan. 15, 1985, I watched from that iconic building’s highest window as 15 warehouses in Hoboken, New Jersey, just across the Hudson River, raged in sky-seeking flame. It looked like war.

I was up there because there was a Bell & Gossett pump in that tiny room. I’ll bet only a handful of people have ever been in that locked-tight space. The pump was the only reason anyone would ever want to go in there. Well, that and the view.

Before One World Trade opened for business, the contractor who had done the heating invited me to visit for a private tour of what would be keeping the place that some call “The Freedom Tower” warm. He invited me because in 2001, I had written about steamfitters and what they meant to the Twin Towers. I wrote about how they drew arrows on the pipes with yellow crayons, each pointing toward heaven. Up and up and up until they were done with their own twin towers of steel pipe.

He took me everywhere and showed me everything — an experience I will remember for as long as I’m able to remember. And when I had seen as much as I could absorb, that magnificent contractor rolled back a secret panel at the very top of the building to expose a long concrete wall covered from end to end and from floor to ceiling with the signatures and comments of everyone who had worked on that building. I read their names and their thoughts and I welled up with tears thinking about what they had done. Thinking about the fury that had raised this Freedom Tower. Their names will be there forever. At the very top. They did it. They did it.

He reached into his pocket and came out with a black Sharpie.

I get chills just typing those words and remembering that day. The sky was clear and you could see forever. 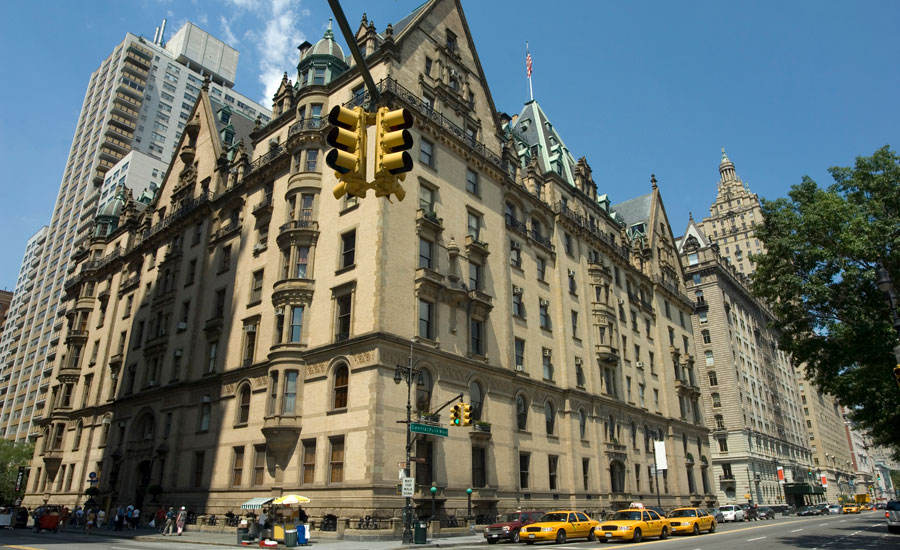 The Dakota Apartments on Central Park West is the building where John Lennon lived and died. It once had a steam engine that ran a generator to electrify the building, and then later, the whole neighborhood. The engine’s waste steam heated the building. I stood in the engine’s footprint one day and just marveled at it all. The radiators that heat that building today are the same ones that heated it when the first tenants moved in back in 1884. I was there to help a contractor figure out how to make the place more comfortable. In my wildest dreams, I never thought I would ever get to wander within such a famous place. But there I was.

A long time ago, I did a seminar in Seattle. One of the guys who signed up for the class worked at Smith Tower, a 38-story skyscraper in Pioneer Square. That beauty, built by Lyman Cornelius Smith (of Smith Corona typewriters) has been there since 1914, and was the tallest building west of the Mississippi until 1931. It’s a city landmark. It also has a vacuum steam system.

“Nobody out here really knows much about steam heat,” the guy at my seminar told me. “Maybe you can stop by after the class and take a look?”

And who could say no to that?

What I found there was what I find in so many New York City buildings. A vacuum pump on the condensate-return starts with the boiler. It produces a vacuum throughout the entire system. That creates a greater supply-to-return pressure differential than you would have were the vacuum pump not there. That differential allows the original designer to downsize all the pipes, valves and fittings, which saves money on the installation. The drawback, however, is once it’s a vacuum system, it’s always a vacuum system. If you try to run it without the vacuum pump, you have to use higher pressure at the boiler and the distribution of steam throughout the building will probably be horrible.

The steam traps on the radiators and at the ends of the main are key to making everything work. Without good trap maintenance, the vacuum pump starts to feel very hot condensate, which causes the pump to fail. If you fix the pump without fixing the traps, history will definitely repeat itself.

I explained all of this to my host and told him what they should be doing. I was happy to help, and I got to wander through a magnificent old building with lots of history.

“Did you notice there’s a glass globe at the top of the building?” He asked when we had finished looking at the steamy stuff.

“Would you like to see inside it?” he asked.

“How big is it?” I questioned.

“You have to climb a long ladder with rungs that are very close together because the space you have to go through is not much wider than our bodies,” he said. “You really can’t bend your knees. You have to wiggle your feet up and down to do it. There’s a trap door at the top. We can both fit in there.”

And that’s how I found myself looking at Pioneer Square from a perspective that few ever get to see.

“Is it okay that we’re doing this?” I asked.

“Absolutely not,” he said. “No one is supposed to be in here. Not ever. We’ll keep this to ourselves, okay? I appreciate your help with the steam.”