Each month, the American Supply Association offers economic update webinars with Chief Economist Dr. Chris Kuehl. These webinars are an ASA member-only exclusive benefit and are shared with Supply House Times, the official publication of ASA.

During a webinar in late May, Dr. Kuehl gave his mid-year economic review, focusing on five key issues distributors should be monitoring: Inflation, consumer behavior, “normal” business, the global economy and market reaction.

Kuehl noted that the real inflation rate is soaring, but the country is not yet seeing that in wages across the board. “With the labor shortage present in skilled trades, wage inflation is very real in the manufacturing, construction and transportation sectors,” he said. “But it is not yet and economy-wide problem.”

No secret to PHCP-PVF industry, there is inflation in commodities right now. “Any commodity you name, I’ll tell you it’s up,” Kuehl said. “Producers were rationing back production during COVID-19, and they are not yet caught up or 100% sure the demand is real.”

Kuehl added that commodity producers are beginning to believe in the demand and, in turn, are ramping up production.

In addition to the insecurity around demand, commodities are always at risk of being affected by international events, he explained. “The most recent example of this is the Colonial Pipeline — the only major pipeline that connects the oil-producing part of the U.S. with the eastern states,” Kuehl said. “There had been a warning out for years that this pipeline was vulnerable, and after the cyber-attack, there is talk again of creating an additional pipeline to prevent this shortage from happening again, but people don’t want an oil pipeline going through their communities.”

According to Kuehl, demand is still very strong, but retail is beginning to fade. “We expected this to happen,” he noted. “Last year, people put money into goods, since services were not available. Now, consumers are shifting to paying for services as opposed to retail goods.”

Prior to the pandemic, consumers spent about 65% of their disposable income on services (vs. goods and things), and Kuehl expects that habit to continue now that the pandemic is mostly under control. 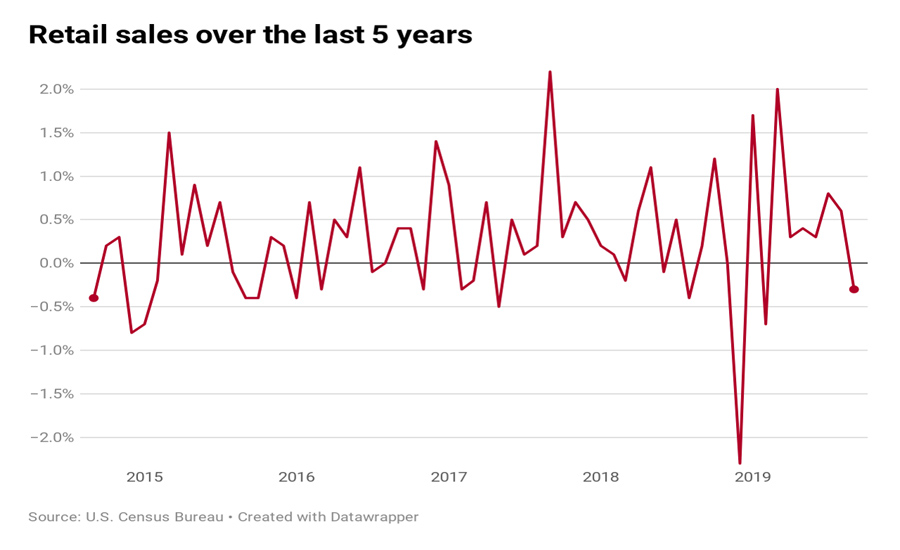 Kuehl noted that while there are trends in consumer habits that can be tracked, retail stability is somewhat of a myth.

Just as consumers fall into old habits, business is beginning to resume as “normal.” Travel is picking back up, live conferences are resuming and many have headed back into the office to work — at least part of the time.

Kuehl noted that remote work proved successful for some sectors, but not for others. “Most salespeople hate remote work,” he said. “I’m hearing a lot of salespeople are eager to get back to their normal routine of in-personal sales calls and travel.”

Kuehl noted the success of residential construction is a bit perplexing. “Historically, we need a few different things to be in sync in order for the residential market to thrive: Low interest rates, a good job market, low home prices and some stability in the market,” he said. “We don’t have all of these factors right now — except the low mortgage rates — which have been driving the market alone. People are beginning to worry about mortgage rates going up, especially if the government begins to address inflation.” 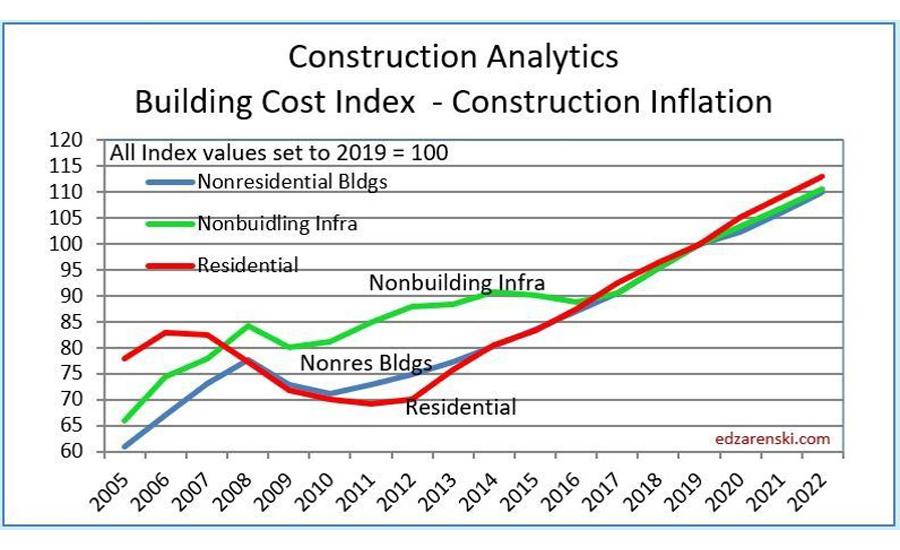 On the nonresidential side, Kuehl pointed out that there are still many unknown factors causing slower recovery in the commercial sector. “Commercial and public buildings are still trying to figure out what the future looks like, but we also know that warehousing and distribution centers will be thriving.”

Oil long-term trend is still down

While oil pricing is currently high (as of mid-June), Kuehl reported it is expected for prices to trend downward in the future. 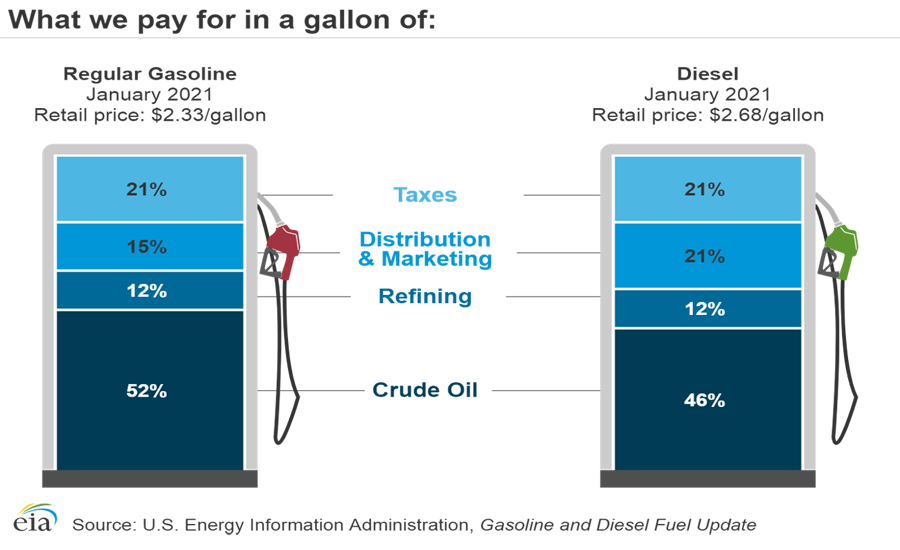 “Big oil producers don’t like when oil is $80/barrel and up,” he explained. “These high prices not only make the big oil producers more money, but it also makes their competition money.”

Kuehl added that half of the price of a gallon of oil is the crude oil price, while the rest is made up of taxes, distribution and refining costs. “Sometimes when crude oil isn’t necessarily changing in price, we still see volatility because of the way it’s being taxed, refined or distributed,” he explained.

Kuehl added that the developing world is currently feeling the brunt of the pandemic’s impact, but it’s something that can affect the rest of the world.

“We’re hearing now of an Indian variant of COVID-19 that is not more deadly than the COVID-19 we dealt with in 2020, but it spreads even faster,” he said. “This variant has been found in 44 countries, including the U.S., Great Britain and most of Europe.”

Kuehl added that the Indian variant is responsive to the vaccines.

In terms of market reaction, Kuehl said it is still strong, but he is starting to see a reaction to the possibility of future inflation.

Kuehl mentioned that an example of drastic market reaction is cyber currency. “We’ve seen these things come and go; they are not stable,” he said. “Things such as Bitcoin are investment tools, not a means of exchange; we will not get to a point where you can go somewhere and buy something with cyber currency.”

He added that as seen in recent times, it doesn’t take much to deter people from investing in cyber currencies — Elon Musk saying he’s no longer taking them for Teslas — which causes the value to drop.

In terms of economic recovery, Kuehl said that the U.S. economy recovered most of its loss by the end of April. “There is no more talk of slow recovery for the remainder of the year,” he said. “It’s all a variation of how fast we’re behaving as the year plays out.”

Kuehl said he believes by the end of 2021, the U.S. economy will be back on the track it was in 2019. “There are definitely things that could interfere with that forecast, but it’s still what we believe will happen," he said.

Another area important for economic recovery is the unemployment rate. “There are some parts of the labor shortage that are temporary and some which are chronic,” he said. “The chronic situations are largely because the majority of people who are out of work don’t have the skills or training to fill the types of positions that are open.”

Kuehl added that unemployment rates are higher because a lot of people who are drawing unemployment are working off of the books; taking advantage of the government funding while still making a living elsewhere.

In addition to the economic update webinars, Dr. Kuehl hosts a weekly podcast, "Keeping it Real with Dr. Kuehl." ASA members can listen to the latest episode of the podcast here.