Latest recipients of Golden Eagle and Hall of Fame awards revealed during 2019 conference in Orlando.

During its annual conference in September at Disney Swan in Orlando, Florida, the Association of Independent Manufacturers Representatives’ bestowed honors on three individuals who have been key components of not only AIM/R but the rep function in general.

Elkay Executive Vice President Trade Sales and Operations, Plumbing Mark Whittington is the 2019 recipient of the prestigious AIM/R Golden Eagle Award. The Golden Eagle is presented annually to honor a senior-level executive for an industry manufacturer who has a proven track record supporting manufacturers reps and recognizing they are the most efficient and cost-effective method of going to market. All AIM/R rep members are welcome throughout the year to nominate individuals for consideration, and the winner is then selected by vote in the months leading up to the annual conference. 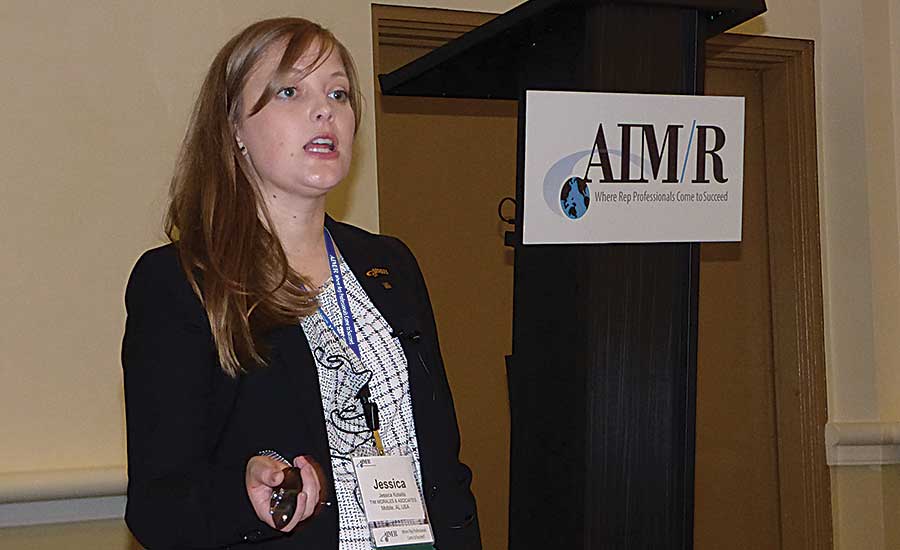 Whittington was unable to be in attendance in Orlando, but graciously accepted the award during ASA’s 50th anniversary NETWORK event in Washington, D.C., during AIM/R’s principal’s reception.

“Nicknamed ‘The Hammer,’ Mark Whittington has led his team with a hard-charging attitude and an equally huge heart,” Bongard Corp.’s Pete Mayer said when introducing Whittington during the Golden Eagle ceremony in Washington. “Mark has always echoed Elkay’s philosophy of embracing and promoting the role of the independent rep. Mark also has encouraged his reps to continue to grow through attending CPMR and AIM/R, and equally as important to his reps and customers, Mark spends the majority of his time in the field supporting both the customers and his rep agencies.”

Whittington started a brief speech in Washington referencing his nickname. “When you have a nickname called ‘The Hammer,’ you wonder whether you are doing the right thing when you are calling on your reps as we do,” he said with a laugh. “I will tell you this is an award that I never, ever in my wildest imagination believed I would get. When I got the phone call (about the Golden Eagle), I just listened into the phone. They said, ‘Are you still there?’ I’m speechless. This means so much to be recognized by Pete, one of the guys who represents Elkay. This is as much an award about me as it is our company and our belief in our reps that we love.”

In Orlando, AIM/R also welcomed Dave Watson and Sam McCullough as the two newest members to its Hall of Fame class. AIM/R’s Hall of Fame was started in 2015.

“I am very flattered to be recognized like this, but I don’t know what I’ve done to deserve it,” he said. “I know one thing, though. I didn’t do it by myself. A lot of fine people and organizations made any contribution by me to AIM/R possible. Each of the men who banded together to form AIM/R is a Hall of Famer in my eyes. They had to overcome the very negative stereotype of reps among others in the industry, without any formal organizational structure or management, and no money to run it. There was pushback from the industry on several occasions. It looked like AIM/R might not make it. The 16 founders provided the seed money and moral courage to sustain AIM/R in the early days. 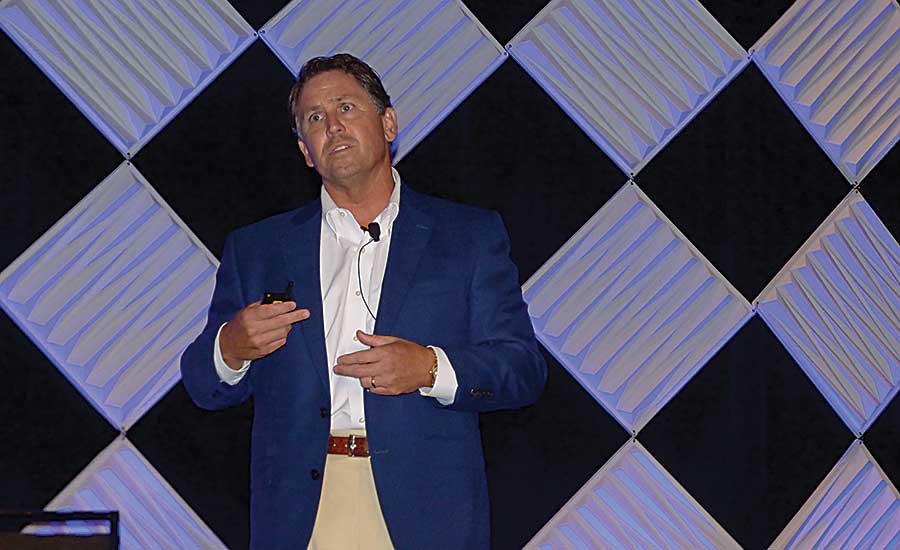 “AIM/R has brought well-deserved recognition and respect for the rep function, which no individual rep could have done on their own. The saying, ‘Those who do not know history are doomed to repeat it,’ also applies to the rep function. AIM/R must continue emphasizing the value of independent reps to every segment of the industry so the next generation in this industry won’t forget it. We never want to take for granted the accomplishments of AIM/R.”

“I’m very pleased to be recognized in this way,” he said. “Success is a constantly moving target, and it sometimes takes sacrifice. You can’t ever stop looking for new opportunities, and you must be willing to change your strategy and approach when necessary. It’s also important to build relationships with integrity and fulfill your promises because what you are really selling is the reputation you have built.” 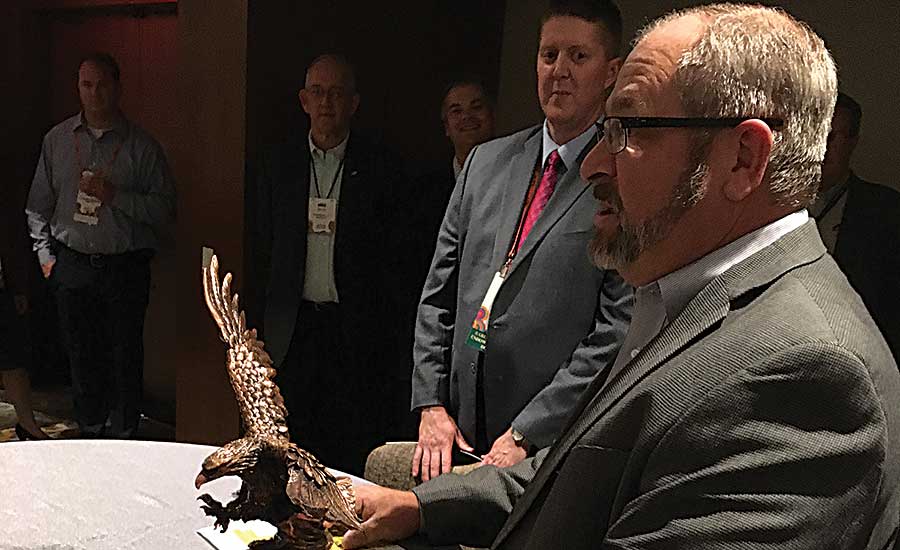 Other highlights during AIM/R’s 47th annual event included Ferguson CEO Kevin Murphy and Ferguson Senior Vice President of Strategic Development Jake Schlicher hosting a talk titled “Our evolving industry and the place of the rep from a wholesaler’s perspective.” Not only did Murphy give a detailed overview of Ferguson and where the national distributor is headed, but also took plenty of time at the end along with Schlicher to answer audience questions. A complete recap of this session can be found at SupplyHT.com and in the November issue of Supply House Times.

Mike Miazga: Voices of the industry

AIM/R members talk about moving through the association's chairs

AIM/R relationship with ASA is benefical for both groups