Einstein’s definition of insanity was doing the same thing over and over and expecting different results.

If that’s true, there are some “insane” hydronic system designers in North America. They cling to certain system piping configurations, even though existing projects using those configurations have produced problems.

One incorrect piping layout I’ve seen many times could be described as a “morphing” of primary/secondary piping and a classic header-type multi-zone distribution system. I’ve seen it as installed hardware and in neatly prepared CAD drawings created by professional engineers. The latest rendition of this problematic piping layout popped up in an email sent to me for review. The piping error I’m referring to is represented by Figure 1. 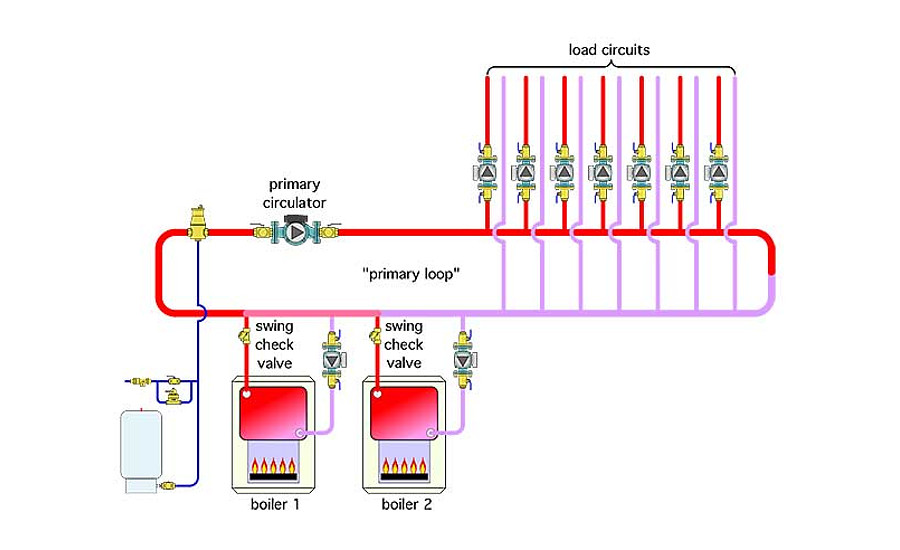 Figure 1. This piping layout is neither primary/secondary nor a “header-type” multi-zone system. It’s undefined among proven hydronic piping designs.

This piping layout is neither primary/secondary nor a “header-type” multi-zone system. It’s undefined among proven hydronic piping designs.

My theory as to how this rogue layout manifests itself is the designer begins thinking about primary/secondary piping and therefore thinks he/she needs a primary loop. The heat source(s) will inject heat into this loop and the load circuits will extract heat from it. So the designer proceeds to sketch out the loop and puts in a primary loop circulator.

Next it’s time to add some load circuits. This is where the designer’s memory flashes back to zone circulators all neatly lined up along a wall. With that in mind, the designer connects the supply side of each zone circuit to the upper part of the loop (thinking it’s a header) and the return side of each zone circuit to the lower portion of the loop (again thinking of it as a header). The fact the “headers” are connected at their ends doesn’t seem to matter. 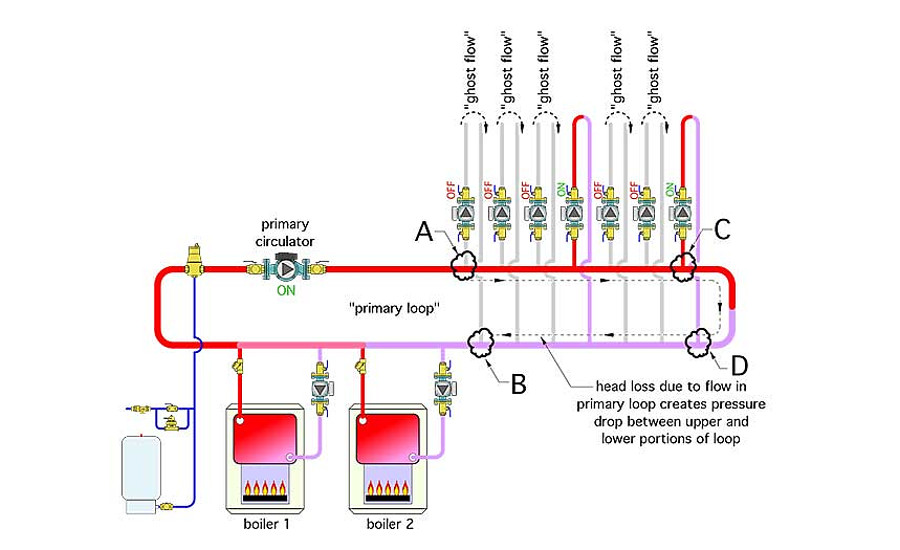 If the pressure at point A is higher than the pressure at point B, the water “wants” to move from A to B. And, if nothing blocks its path, the water will flow from A to B. The result is heat delivery into a circuit in which the zone circulator is off and there is no need of heat. Call it heat migration, ghost flow or whatever you want. It’s not supposed to occur and customers have every right to complain when it does.

It’s even possible all the zone circuits could have some flow through them when only one zone is actually calling for heat. Flow would occur in any load circuit where the forward opening resistance of any check valve or weighted plug-flow check (which typically is 0.3-0.5 psi) is smaller than the developed pressure differential between the supply and return sides of that circuit.

If you’re going to build a true primary/secondary system, each load circuit and each heat source needs to connect to the primary loop using a pair of closely spaced tees. These tees isolate the pressure dynamics of each circulator from that of the other circulators in the system. This is called hydraulic separation.

More problems: The system shown in Figure 1 accurately represents a drawing I received. Aside from the “morphed” piping layout, there are several other details that should be of concern:

Lose the loop: Properly designed primary/secondary systems work. Still, in my opinion there are better options that provide the hydraulic separation benefits of primary/secondary piping, but with simpler and less expensive piping configurations. One example is shown in Figure 3. 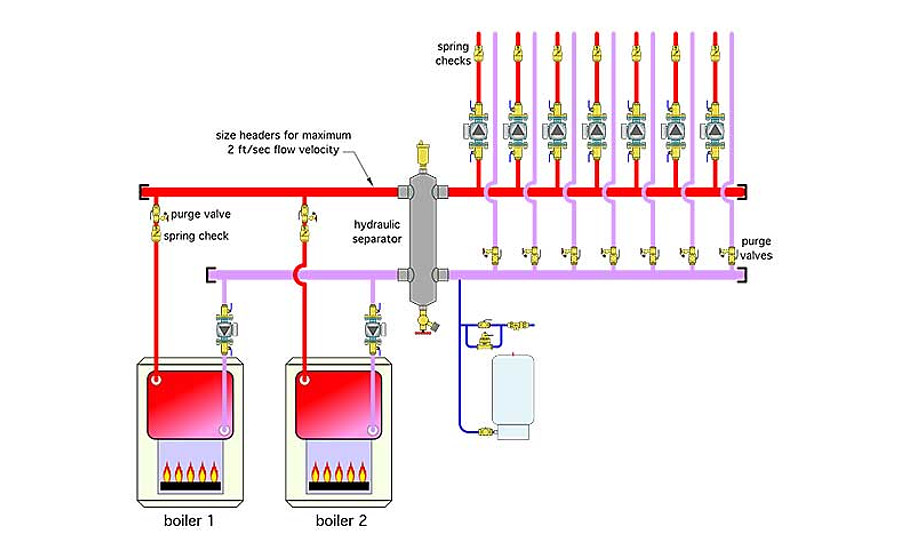 Figure 3. This system connects the boilers to a header system that leads to a hydraulic separator.

My suggestion is to size the headers so the flow velocity within them does not exceed 2 ft. per second when the headers are operating at maximum flow rate.

So please, don’t repeatedly prove that Einstein was right about insanity. If you’re intent on building a primary/secondary system, be sure to connect the load circuits to the primary loop with closely spaced tees and a properly sized primary circulator.

This article was originally titled “Hydronic insanity” in the January 2018 print edition of Supply House Times.

For the full pdf of this article, read here.

Why a hydronic system does what it does

How to rid complex piping systems of air

10 lessons I learned in hydronic heating