The PVF Roundtable continues to grow in more ways than one.

The industrial pipe, valves and fittings networking group not only drew a massive crowd of more than 500 registrants to its winter meeting in January held at its new home in the Marriott Westchase in the west section of Houston, but also announced the debut of its Young Professionals Group.

“There is a noticeable gap in the in the average age of PVF Roundtable members,” Nickel Piping Products Operations Manager Jeannie Ludwig told Supply House Times at the January PVF Roundtable. Ludwig is part of the PVF Roundtable Young planning committee.

“We are seeing more young people attending the roundtable and this is a way to funnel more members into the roundtable. It’s a great way for younger people to network and get introduced to the industry and all it has to offer.” 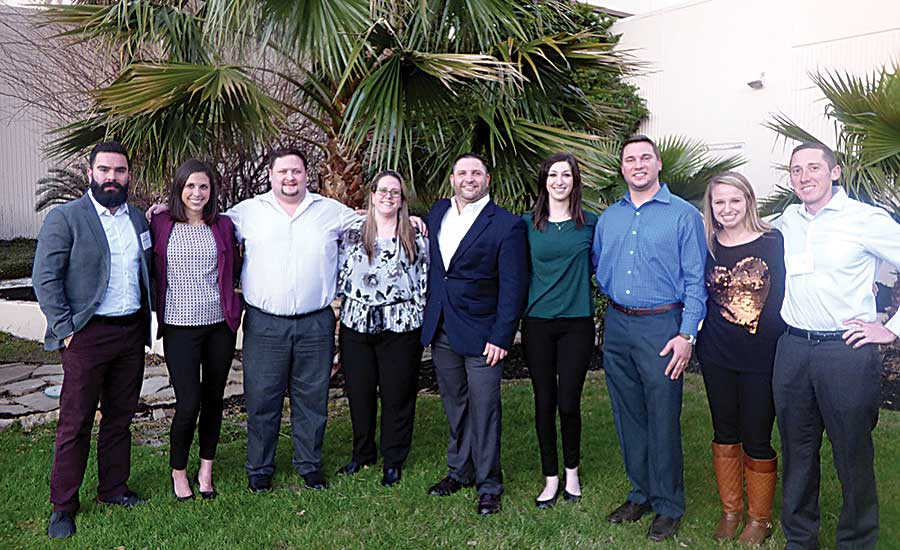 The Young Professionals Group has already held several networking events in the Houston area and Ludwig said the goal likely will be to hold quarterly gatherings, while also focusing on other initiatives such as fundraising and developing a Young Professionals-specific website.

“There are young people who want to get involved,” Ludwig said. “These people are the future of the PVF Roundtable and a group like this is what will bridge the gap. There are a ton of young people involved at companies who are not involved with the roundtable. This is a way they can become involved.”

The group’s first event drew an impressive 65 people to McIntyre’s Spirits and Friends in the Heights section of Houston, while the second event was slated to be held at Little Woodrow’s.

Ludwig said there is no specific age limit, but noted the group is comprised of individuals ranging in ages from the 20s to the mid-40s. “The only qualification is you are young at heart,” she said with a laugh.

Ludwig added the group will operate as a committee within the PVF Roundtable. “We’re all very excited about this,” she said. “We’ve received a lot of support. Our goal was to have 50 people at the first event and we had 65. Our goal is 75 for the next one.”

Ludwig said the group is looking for sponsors for its upcoming meetings. Interested companies can contact her at jeannie.ludwig@nickelpiping.com.

In terms of the recent January gathering, PVF Roundtable President Joe Pro (Penn Machine) was thrilled with the turnout. “It’s beyond our expectations,” said Pro in a video interview available at www.supplyht.com/videos. “There are two big ballrooms and the ability to move around and network is incredible. The first meeting of the year is a good kickoff and a good opportunity to see friends and see where business is going. It’s all about networking and the chance to see upwards of 500 people at a single event.”

Pro said the mood of the January meeting was different based on optimism surrounding business conditions in the industrial PVF space. “There is a sense of optimism and there also is some concern that it’s not quite sustainable at this point,” he said. “There’s been a lot of talk relative to the current administration, but until we see it turn into orders and progressive business, everybody is kind of holding their own right now.”

The PVF Roundtable’s spring meeting will be held May 9 at the Marriott Westchase. A day earlier, the annual Don Caffee Memorial Golf Tournament will be held at Sweetwater Country Club. Last year’s event raised nearly $50,000 for the PVF Roundtable Scholarship Fund. Pro said the group has budgeted $150,000 for scholarships this year, which would bring the lifetime total of scholarship money raised to an impressive $500,000.

Mike Miazga is vice president of sales and membership at the American Supply Association and former longtime chief editor of Supply House Times and group editorial director of BNP Media’s Plumbing Group. Reach him at mmiazga@asa.net