Mike Miazga: From the Editor 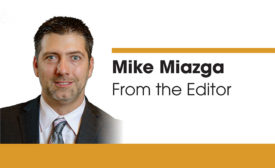 Brains behind the operation

Understanding neuroscience can boost sales.
Mike Miazga
No Comments
“You’re going to like the way you look. I guarantee it.”
Read More

New Supply House Times website aims to make your job easier.
Mike Miazga
No Comments
What did we do without cell phones and the Internet? That thought crossed my mind New Year’s Eve night while out to dinner with family. I observed a gentleman to my left perpetually engrossed in his smartphone despite a female companion and another couple seated with him at the table.
Read More 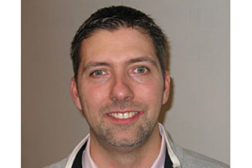 Legislation aims to curb metal theft.
Mike Miazga
No Comments
When I was in high school a good friend turned me on to a quirky radio program called “Swap Shop.” The premise of the show was people calling in to buy, sell and trade hard-to-find items. A quick Internet search reveals the call-in show still exists on a radio station in Florida.
Read More

Batten down the hatches

Is your company prepared for a weather catastrophe?&#160;
Mike Miazga
No Comments
One of my cousins is a weather aficionado. He had a weather-only radio growing up, can give you the definition of barometric pressure, and he really goes off the charts with enthusiasm when watches and warnings are issued in northern Illinois.
Read More

Invest and invest some more

Mike Miazga
No Comments
You know you’ve been traveling a lot when the airport parking lot shuttle driver recognizes you as you pull in, or when you start seeing the same flight attendants.
Read More

No Comments
I have a black book. Mine’s nothing like the one Fonzie in “Happy Days” used to carry around and it certainly bears no resemblance to the one former Hollywood madam Heidi Fleiss is said to have kept. It’s probably closer to the NFL’s media directory, which is called the “Black Book.”
Read More

New kids on the block

Generation Y is easier to understand than you think.
Mike Miazga
No Comments

Southern Wholesalers Association convention in Panama City Beach, Fla., in late June. As Hira pointed out, to qualify for the Generation Y designation you need to have a birth year between the late 1970s and 1995. My early 1970s birth year bumps me back to the Generation X category (1964-1977).

A happy ending.
Mike Miazga
One Comment
Noah Garson didn’t intend to get into the family plumbing and heating wholesale business. His father, Murray, and uncle, Irvin, started Garson Plumbing Supplies in 1947 after growing tired of working at the post office. They went to the local library and researched possible careers and found the plumbing supply field to be the most desirable.
Read More
Previous 1 2 3 4 5 6 7 8 9 Next
Subscribe For Free!
More Videos

APR Supply Co. wins vendor of the year while recognizing its own top manufacturer partners

Strength in numbers: The value of the rep relationship