Mike Miazga
KEYWORDS AIM/R / kitchen and bath showrooms / plumbing and HVAC wholesale distributors
Order Reprints
No Comments
One of my fondest childhood memories has to do with my dad taking me to a baseball game in Toronto.

This was when the Blue Jays still played at Exhibition Stadium, a facility that many people probably thought was horrible and unfit for Major League Baseball play. I, however, found it odd in an endearing sort of way and still regard it as my favorite baseball park I’ve ever visited.

My Canadian reminiscing was sparked due in part to the issue you currently are reading, which contains some important north of the border content.

Our cover this month features incoming ASA President Rick Fantham, who holds the dual roles of president and CEO of Hajoca Corp., and London, Ontario-based Emco. I spoke with Fantham earlier this summer prior to an ASA Executive Board of Directors meeting in Chicago.

Fantham is a Canadian citizen who, in my estimation, has to be included on the North American hardest-working people list. He spends on average 47 weeks a year on the road. Wow! His story can be found on page 30 and contains some interesting takes on how ASA has evolved in recent years. 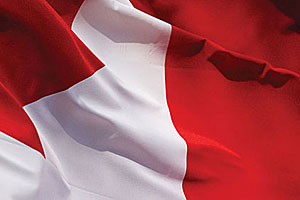 This issue also contains a profile on Northern California-based manufacturers rep DSC Pacific and up-and-coming executive Jeff Davis, who along with his father and DSC founder, Lee Davis, has the company’s eyes squarely focused on its future.

DSC Pacific recently rejoined the Association of Independent Manufacturers’/Representatives based on the feeling the best practices organization is making major advancements (much like ASA has in recent times).AIM/R’s annual conference takes place Sept. 29-Oct. 2 in Lake Tahoe, Calif.

The Canadian theme also plays a role in AIM/R’s progress. AIM/R membership includes a number of Canadian-based rep firms that give the organization a presence throughout North America.

I wondered why a Canadian-based rep firm would join a United States-based organization. The answer makes perfect sense.

“The companies we represent are global and North American manufacturers,” says Brian Morgan, a principal in Markham, Ontario-based firm and AIM/R member The Morgan Group. “The rep business is the rep business. A group such as AIM/R is advantageous to someone whether they live in California or Montreal, Quebec.”

“It’s not an American, Canadian or international association,” he says. “It’s an association of independent manufacturers reps. It’s looked at as professionals doing the same things and how they can be the best at what they do best.

“If you think about it, professions such as teachers, lawyers and doctors have associations where they get educated and learn and grow as professionals. Why as a rep would you not want to be involved with an association where that’s the sole purpose?”

“You learn what you need to do to become better,” he says. “I’ve met a lot of people through AIM/R and have exchanged a lot of ideas and learned some valuable things. You end up finding out, ‘It’s not just me.’”

Both Morgan and Parkinson note a rep-centric organization such as AIM/R does not exist in Canada. Like its ASA counterpart in the U.S., the Canadian Institute of Plumbing & Heating (CIPH) features membership that spans the gamut of distributors, vendors and reps.

“It’s a good opportunity for Canadian firms to get access to a lot of great information by being AIM/R members,” Morgan says. “AIM/R reinforces the successes or challenges we are having are similar to other firms in the U.S. I always come back from the conference with key takeaways to implement into our business to make it more successful. With AIM/R you see people who are serious about the rep business and investing in themselves and their companies’ futures.”

Survey results from the 2018 AIM/R Conference

AIM/R relationship with ASA is benefical for both groups