It takes hard work to turn the world around. As the PHCP-PVF industry continues to seek diversity and attract talent, raising up women in the industry is more important than ever. AIM/R is proud to shine the spotlight on the inspiring stories of three hard-working women who serve as professional manufacturers’ representatives.

These strong women want to ensure that the drive, talent, and commitment they have put into their success extends well beyond their own path. They each pay tribute to friends, family and colleagues who have actively encouraged them along the way. Additionally, they want to inspire and support young women to go beyond traditional roles and join an industry where they can make an impact and have prosperous careers.” 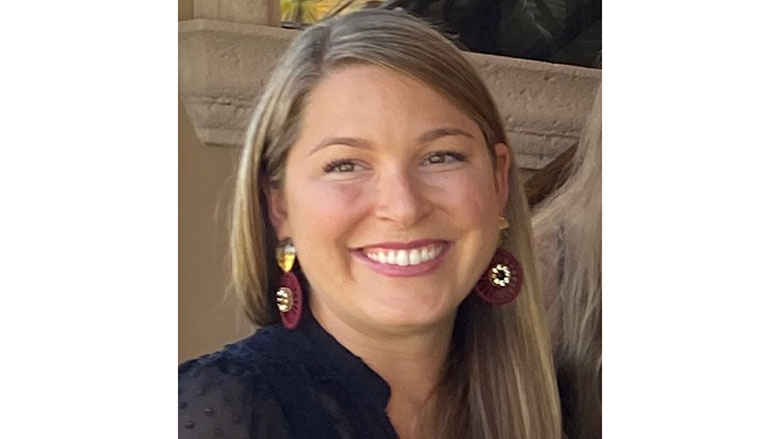 “My father still gets asked if he has a son to take over the business...”  Whitney is very aware of how far the industry still must go in terms of the future of young females in leadership roles. Having completed a design-role internship with a faucet manufacturer in Germany, Whitney was contemplating a career in industrial design. In the interim, she began working for Harry Warren in Georgia to make ends meet. It was during a conversation with a co-worker that Whitney realized that, by being dismissive of ever running the family business, she was holding herself back. She needed to change her mindset!

Whitney did just that and moved back to Florida to Harry Warren’s home office. She began to work towards leadership within the agency while keeping ties with the decorative side of the business, to which she brings her talent for design and her studies in art and art history.

As the daughter of Harry Warren, who founded the agency, Whitney’s mother assisted in building the business by helping with purchase orders received in the mail and taking calls on their home phone. Whitney credits her mother as the most influential person in her life and cherishes the gift of working with her and learning from her daily.  She believes growing up in the industry has given her mother “incredible insight into how things have changed for women in our industry and also how things have stayed the same.”  Her mother accepts the different roles she and Whitney’s father have taken, believing that they are both using their unique strengths to continue to grow the business:  he with a highly visible sales role, she from a “behind the scenes” operational role with a keen attention to detail.  “But I still take pause and feel that there was not much opportunity for her to step into a different role if she had wanted to when she was my age,” reflects Whitney.

While she is thankful that women can now work in all capacities in the industry, Whitney appreciates how her mother cheered her on as she pursued her goals. Whitney believes her hard-working example and her “humility, empathy, encouragement and sometimes tough love” have shaped the woman she is today.

Whitney’s gratitude also goes to the great women who took her under their wings, and values ASA Women in Industry, ASPE Women’s groups, and focus groups created by manufacturers “to attract more women to our industry as a whole.”Her advice for women entering the business today? Don’t get pigeonholed and go after what you are interested in, “even if it is not what you see most females doing.” She encourages reaching out to women in similar roles as she has found that they have not only been a positive influence on her career but that she can also rely on them when she needs advice.

Whitney believes she is facing the biggest challenge of her career right now; the combination of COVID, the great resignation, manufacturer and wholesaler consolidation, and the never-ending list of changes. She believes making mindful decisions and keeping calm are essential to navigating these tough times without burning out.

Keeping work-life balance, Whitney enjoys fun or quiet times with her husband and two small daughters, whether it be silly performances of Disney songs, or spending Saturdays on the boat. Having daughters makes her especially aware of the need to not just attract young females to the industry, but more importantly to “mentor them along the way so that they want to stay.”  She believes that having this positive impact would give her the most sense of success when the end of her career comes. She wants her daughters to “consider this industry as they are looking at careers instead of assuming that it is for guys,” as she once did. 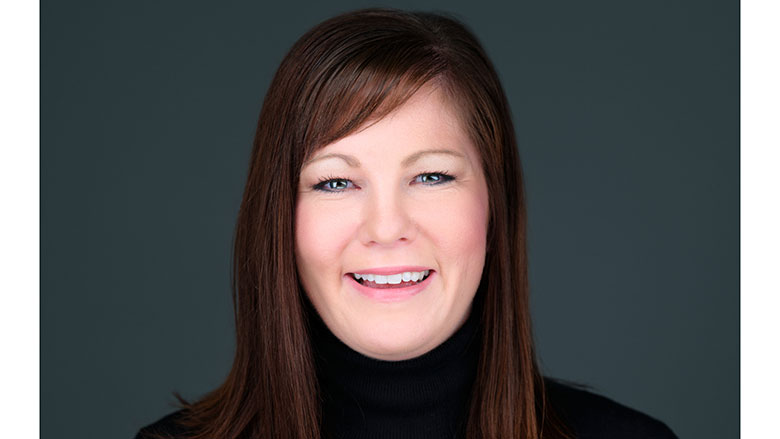 Encouraged by her brother-in-law, Katie started in the industry as summer help to the local manufacturer rep agency at the age of sixteen. She had no prior experience in the plumbing industry, but that did not stop her from taking on different tasks. Her level of engagement evolved with every holiday and vacation. She graduated from college in Marketing & Management and initially joined Midwest Sales & Marketing in an outside sales position. After working for two other agencies, she returned to Midwest Sales & Marketing and was named agency principal shortly thereafter. This was a crucial moment in Katie’s career. Tapping into the confidence she had gained, Katie rose to the challenge and became a leader in an industry with few women principals. She is proud to work closely with Matt Rodamer in the management of their agency team, representing top-quality manufacturers to their customers.

Katie credits her parents’ impressive work ethic, kindness, and determination in shaping her. She can “remember many years when we had to wait on Christmas morning to open our presents because Dad got called away on a service call” and her mom returning to college to become a CPA Accountant” after initially being a stay-at-home mom. Katie has three boys, and believes strongly in being an example herself, “to show them the importance of values, work ethic, respect for yourself and others, and treating people with kindness.”

Katie is grateful for the agency principals she has worked with during her career (Ken Kirk, Starr Hartson, Steve Stickler, and Matt Rodamer) for their generosity in sharing their knowledge and pushing her to develop her personal strengths.

Having achieved success, Katie’s advice is to accept that you will not be perfect, but still get yourself out there “take a chance and be confident in yourself.”  Mistakes are an opportunity to learn, and in fact “making mistakes is more important than not making them.” To help you overcome the inevitable bumps on the road, she believes it is essential to build a strong support system of family, friends, mentors, and co-workers. She is exceptionally thankful she has a very supporting husband.

Katie’s personal life keeps her busy, with her boys being active in sports, and an immediate and extended family with whom she is very happy to spend most of her free time: “I wouldn’t have it any other way.”Katie has learned to breathe deeply when working through challenges, adding that they have made her “stronger personally and professionally” She is held to a high standard among her peers, and this hard-earned reputation drives her to continue growing by engaging in training, deepening her knowledge and “networking to be the best partner to others and mentor to other women considering the industry”.  Katie believes her strong relationships are based on kindness, respect and following through on her word. Katie will measure her success at the end of her career by making sure that both her agency and the industry are a better place than when she started.

Kathy was struggling with what to do with her life. She found college and waitressing were not fulfilling or exciting. It was then that her father suggested she come work for his agency until she figured things out... And she is still working there today: a second-generation rep in an agency which is now an impressive 52 years old!

Kathy credits her dad, the most influential person in her life, for encouraging her to learn and “get out there.”  Like her father, she also insists on the need to keep learning, ask questions, and read installation instructions. One of her keys to success is not being too embarrassed to admit she does not know something. She asks herself “Who can I learn from today?,” and she is sure that when she leaves the industry, she will still remember many people who have taught her and shared their knowledge freely.

Although it might upset some, Kathy thinks her tenure allows her the opportunity to reflect honestly and believes the industry is still dominated by men. She shares the story of an epiphany moment for her, when she saw how disappointed a contractor was when she turned up to troubleshoot equipment. Kathy was very much up to the task and quickly identified the issue. Based on this and many other experiences, Kathy offers to other women the encouragement to not be intimidated or hold back. “The glass ceiling you might perceive is strictly the limitations you put on yourself” she says and adds that women should not feel they should act or dress in a certain way. Success is achieved by being yourself!

Kathy’s individuality shines through her love for biking, hiking, and hanging out with her grandkids, especially because they can really make her laugh. She is, however, very serious in her intention to “leave a healthy and growing business for the next generation coming up” once she no longer works in the industry.

Retirement will not be too soon, though, as Kathy looks forward to many more years in the industry, which she says is “full of folks who are kind, wise and industrious.”  She underscores that it is essential to connect with others, and is grateful for her friends, mentors, and mentees. When she looks back to evaluate her career, Kathy will consider herself a success if the associates and families she has worked with along the way have achieved both personal and professional growth.

Thank you, Whitney, Katie, and Kathy. We appreciate your generosity and honesty in sharing your stories, insights, and advice. But above all, we thank you for your active involvement in supporting and encouraging women in the PHCP-PVF industry.  Your hard work continues to turn our world around.

Benda Chashdollar, CPMR, is the vice president, Synergy Sales NW & on the AIM/R Board of Directors.