How the low-water cutoff came to be

Mr. McDonnell had to wait for the invention of the oil burner.

Dan Holohan
KEYWORDS boiler / hydronic systems
Order Reprints
No Comments
I was chatting with E.N. McDonnell the other day. He’s been on the other side of the lawn for quite some time now, but he founded the McDonnell & Miller company back in 1924, and I used to work for their rep in New York, so it was nice to reminisce with the old gent.

Mr. McDonnell had been back from The Great War for just five years, and had spent those years working for Jim McAlear, who was making water feeders at the time. Mr. McDonnell thought Mr. McAlear’s feeders were too old-school, in that they alternately fed and drained a steam boiler to maintain a certain water level, so he set out to make something new.

He did well at that. 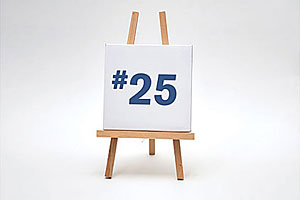 Keep in mind that coal was the fuel of choice in those days and it’s not easy to cut off a coal fire. The best you could do in those days was close a damper and shut down the fire’s oxygen. Mr. McDonnell had to wait for the invention of the oil burner, which was really starting to get attention in the 1920s because burning coal wasn’t easy. William Newton Best, the granddaddy of oil burners, had written a book in 1913 called “Burning Liquid Fuel,” and updated it in 1922. Mr. McDonnell jumped on this in 1926 and came out with the first low-water cutoff. He called it No. 25 (after the year they had developed it) and he told me it was the Daddy of Them All.

DH:So that must have been exciting, being the first at something. What happened next?

ENM:Well, Mercoid came into the picture. Our first cutoff used a Mercoid tube and movement. Since we had used a bellows in our cutoff, and Mercoid was tied in with Detroit Lubricator (a competitor) on the basis of tube and bellows, we had to swing away from Mercoid. We went over to Absolute Con-Tac-Tor, which later became part of Minneapolis-Honeywell. They were later to cause us a lot of consternation by bringing out a cutoff, although in light of what has happened since, the fear of competition from this source was not well-founded.

DH:I guess that means you kicked their butt. Were there other competitors?

ENM:Quite a number of them showed up in the years that followed, but most who came into the field just shuffled along without making any contributions. They left the pioneering to us.

DH:Can you give me a for instance?

ENM:Of course! It remained for us to work out the all-essential, deep sediment chamber, the much-needed, big-capacity, straight-through blow-off valve, the cam-and-rocker control of the float bobbing, the specially designed, built-in, and so on down the line.

DH:The things most of us don’t think about from day to day.

DH:Noted! Hey, what about those special fittings that attach an automatic water feeder or a feeder-cutoff combination to a boiler. There must be a good story there.

ENM:There sure is. We call those “Quick Hook-Up” fittings. One of the real headaches in hooking up certain feeders on certain types of round boilers and certain types of boilers where the water glass is in the first section, was getting a level in the float chamber that properly represented the true boiler water level.

We had found that if the equalizing pipe connections went into the bottom of the boiler, we might have a false waterline in the chamber. So we searched around for the best way to duplicate the water level and finally arrived at a perfectly simple solution. Naturally, the most representative place was the very place the boiler manufacturer had chosen to locate his water glass. We simply worked out fittings for installing the feeder right in the gauge glass tappings. The boys in the field called it a “Quick Hook-Up” and our merchandising sense told us to hop on and ride.

DH:Good instincts, but back to low-water cutoffs. You’re using a lot of mercury switches in your day, but I have some bad news for you. Mercury is going to be declared toxic by the government and that will be the end of mercury switches as you know them. You’ll be dead by the time this happens, but I thought I’d give you a heads-up anyway.

DH:Yes, the mortality rate of anyone exposed to mercury is 100%.

DH:Any thoughts on other technologies to replace the mercury?

ENM:Well, there are these magnetic types of controls, but I can assure you that this is simply an old fogy with some new-store clothes. I have here in my office a patent taken out by Caggen in 1888, another by Renbold dated 1910, another by Davis dated 1928, and we have a list of others who have played with this same principle. As far as boiler control is concerned, the idea has failed all the way – failed because of the metallic and mineral constituents of boiler water.

DH:I sense you hate the magnets.

ENM:Well, the idea has a certain amount of glamour about it, and it has a definite value in certain types of work, such as refrigeration, but when applied to boiler-water level control, the magnetic control has steadily proved out of its element. We have been given first opportunities to accept or reject principles of this kind, including electrode types of control. We weighted them all open-mindedly, went into every angle, and it has been our considered judgment to stick to the float. This doesn’t mean we have a closed mind; it simply means that, thus far, we have seen or discovered nothing better. If something better ever comes along, or comes up, we will be quick to adopt it.

DH:There are some interesting days ahead for the controls industry. Trust me.

DH:Mr. Lasker was a great ad man back when advertising was brand new. And you’re pretty persuasive yourself, Mr. M.

ENM: That’s because we always have considered quality first and let the price fall where it chose. A veteran and realistic salesman once said to me that a fellow should either sell the best or the cheapest. He was selling the best product in his field with tremendous success, and his subtle point was there is no bottom line to price. There is no “cheapest.”

ENM:Thanks for the chat, Dan. Hardly anyone talks to me these days.

Dan Holohan: What you have to do to win their business

Dan Holohan: Seeing the world in a different way

Dan Holohan: How to feed a low-pressure steam boiler

How to heat old churches

How to kill a boiler

Want to be fascinating?