The oil/natural gas boom is an industrial juggernaut. 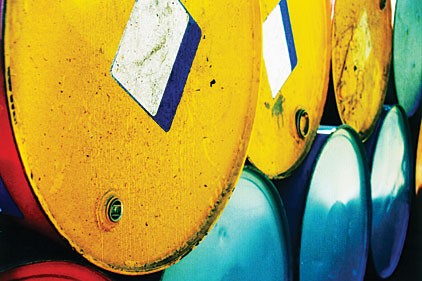 Based on reliable reports from knowledgeable observers, the oil/natural gas boom continues to expand and will not be severely inhibited in the indeterminate future.
This conclusion is based on the Obama administration’s realization that expanding energy development now holds the key to rationally confronting the runaway debt ceiling in the upcoming 2014 fiscal year.
With continued defacto double-digit unemployment hanging over the administration’s head and consumer demand — needed to encourage production — beset by tax increases and stifling regulations, the success of fracking and its resultant revenues is critical to preventing a 2014 financial breakdown. With midterm elections at stake, the Obama administration needs reasonable economic tranquility. Additional economic deterioration, which could prove politically disastrous, is not an option the administration is willing to face.
A renewal of current fracking progress discloses a spreading of successful growth. While the Marcellus Shale in Pennsylvania and Ohio is getting the highest marks, New York Governor Andrew Cuomo, who has banned the fracking process, also is feeling the heat of irate taxpayers and may be forced to back down.
The successful spread of America’s most successful economic breakthrough in decades (fossil-fuel energy development) puts President Obama on the verge of turning his back on his “climatological purity” base. This successful fracking surge already is making itself felt in states other than the much-heralded breakthroughs in North Dakota and Texas. Kansas and Oklahoma, hardly known for oil production booms, are experiencing decades-high production gains as previously mature fields are responding to the new technology.
Utah, reaching nearly 100,000 barrels a day, checks in with a 150% increase over the last decade, while New Mexico has exceeded its previous record set in 1978. Neighboring Colorado has seen oil production triple since 2001 and is coming close to North Dakota’s Bakken play with its own version — the Niobrara shale.
The revenues and construction employment generated by these fossil-fuel successes will make it increasingly hard for President Obama to slow down by backing his environment-obsessed extremists. In addition, the Obama administration is turning skeptical over new Environmental Protection Agency regulations that will add to the cost of gasoline, something that is not a winner with a public increasingly grumbling over the Obamacare tax increases.
At this point, there’s a 50/50 chance domestic oil production, including the Keystone XL pipeline, will not be the sector thrown under the bus by the politically sensitive president. Events transpiring in the next few weeks will prove decisive as to which alternative the president and his legislative allies choose.

With the greatest demand ever for high-tech jobs in the rapidly-changing U.S. economy and sophisticated computer technology evolving into the even more complex cyber-science, it’s no wonder scores of U.S.
companies are competing for the 65,000 foreign student job openings available through the immigration and naturalization services.
Each year on April 1, domestic corporations can sponsor this number of prospects as long as they have graduated with a collegiate bachelor’s degree. In addition, this so-called H-1B visa program allocates an additional 20,000 visas each year to foreign nationals with advanced degrees from U.S. universities. The effective hiring date would be Oct. 1, the start of the next U.S. fiscal year. With the shortage of such advanced education, especially in all types of engineering areas, these openings quickly were filled this year shortly after the availability door was opened in April.
The speed with which these jobs were filled is further proof that the fast-growing need for those with such levels of expertise is becoming more severe. It is common knowledge both China and India graduate far more engineers than the U.S. But even so, in past years students from the fast-developing Southeast Asian quadrant of developing nations previously had chosen to return to their homelands, which until recently experienced urgent needs for such levels of collegiate expertise.
However, this year the U.S. is rebounding from a two-year skilled job demand drought, while most of the rest of the developed world is suffering from a slowdown. This has allowed its indigenous domestic graduating classes to be sufficient for now. The last time this relative shortage of U.S.-based foreign college graduates occurred was in 2008 just before the world economy hit the panic button. But with the global industry deflating in the wake of the two-year global financial crash, there was little need for foreign graduates in their home markets.
But now, absorption of foreign grad students may turn out to be inadequate as the previously described top-of-the-line skilled jobs are in far greater demand. It’s a reflection of most companies upgrading their manufacturing facilities, technology and back offices to restructure their systems to match the evolution of an internal infrastructure in order to optimize productivity and stay in step with systems evolution.
This sets up the paradox of less hands-on employees being required, while top-of-the-line skills openings go begging. It will further require much more intensive job-training programs through a combination of colleges, businesses and government working together to close the currently widening contemporary gap.
A further paradox also may be in a state of evolution as a new jolt of “Buy American” by American users, as well as some foreign buyers, manifests itself. This budding opportunity could be lost if U.S. domestic capability is not prepared to absorb this timely set of circumstances.

As the world seems at the cusp of cyber-scientific evolution, all bets may be off regarding winners and losers in upcoming military, as well as economic confrontation.
Since it took barely 20 years for global computerization to become a dominant factor in increasing world interrelationships, it should come as no surprise that cyber science is suddenly gaining media headlines.
With a barrage of news items relating to hacking activities both within the U.S. and in the global economic confrontation grabbing viewers and analysts’ attention alike, the major upcoming story may well emanate from the simmering warfare keeping the pot boiling, especially in the Middle East. With Iran and its satellites ignoring sanctions to stop that nation’s incipient nuclear bombs, Israel’s commitment to take military action to prevent this from occurring may well bring cyber warfare into play.
If cyber science develops as quickly as some prognosticators estimate, it could well be that the freezing of Tehran’s nuclear systems may become the victims of cyber science. It’s no secret that Israel, the tiny 7.8-million population predominantly Jewish state, ranks at the world’s technological top along with giants the U.S., China, Canada and India. It’s further known, although not confirmed, that cyber science in Israel’s advanced technological institutions has advanced to the point where military applications are already in various stages of development. The “Huxnet bug” that was planted into an Iranian nuclear installation less than a year ago, putting that system out of business, may well be the forerunner of a broader assault on the generally backward scientific systems attributed to Iran, the Middle East’s most dangerous war-monger.
But in a way not even imagined a few years ago, cyber science as a whole may be on the verge of an outbreak that will obsolete the huge combative superiority of the U.S., China and Russia. It thereby will give the highly advanced technological societies, such as Israel, Singapore and Finland, a power balance they neither sought nor expected.
Look for the next few years to expose a cyber-science emergence that even science- fiction writers could not have imagined as they spun their predictions of new developments yet to come.