Honeywell founder was a hydronics pioneer

Thanks a lot, Mark. 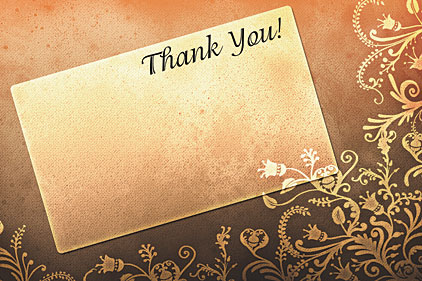 Mark Honeywell. Yeah, that one. The guy who has his name on all those thermostats.
He, Dave and I got into it in the basement of a big, fancy house on Long Island’s North Shore some years ago. I figure it was Mr. Honeywell’s fault because he managed to come up with this wacky device that made gravity hot-water heat better back in 1905 and he never bothered to tell either Dave or me about it.
Mr. Honeywell did all that 45 years before I was born, but that’s beside the point. Dave and I were in a real fix and we needed someone to blame, so why not Mr. Mark C. Honeywell? I mean he’d been dead since 1964, so what the heck?
It started like this: Mr. Honeywell (born in Florida, no less) became famous in the hydronic heating industry by solving a problem, that being the slowness of gravity hot-water heat. He wasn’t a big-shot businessman in those days. He was just a kid plumber who had a sharp eye for spotting problems and solving them.
The trouble with the gravity-hot-water system was that it was open to the atmosphere. Each system had an expansion tank in the attic, and often would overflow onto the roof. You couldn’t run this system hotter than 180°F if you wanted to keep the water from boiling and turning the whole works into a steam system. Keep in mind that we’re talking about a time when the only control on the boiler was a damper that regulated the flow of air to the fire, and those weren’t very accurate.
The steam people had it so much easier. They were working with temperatures that started at 212° F and went up from there. That meant their radiators were smaller and less expensive than the hot-water man’s radiators.
So Mark Honeywell, Plumber, set out to invent a device that would allow a hot-water system to work at temperatures as hot as, or even hotter than, a steam system and still be open to the atmosphere so it could never explode. How about that?

What Honeywell invented was this simple device he called the Heat Generator. But before I tell you about that, let me get Dave involved in the story.
Dave Nelsen and I used to spend a lot of time in the basements of Long Island’s Gold Coast. Dave worked for Kurz Oil, which specialized in those Great Gatsby-type homes. Dave and I learned together by being ridiculously curious, poking around a lot and when all else failed, by looking things up in old books. Dave got meningitis one day and pretended it was just a cold. He kept going to work (which tells you what sort of guy he was) and then one day he just died. He was very young and I wish we had just one more old house to mess around in. I miss him, and I’ll bet you would have liked him a lot.
Anyway, Dave called me one day because he had come across this Heat Generator thing, which he had never seen and neither had I. “It’s made of iron and looks like one of those old-fashioned floor-standing ashtrays,” Dave said. “And cast into its top are the words, Honeywell Heat Generator Number One. I know they had to start somewhere with all those numbers, and it looks like I’ve found where they started. I got numero uno!”
“What are you doing there?” I asked.
“Changing the boiler,” he said.
“I’ll be right over.”
When I got there, Dave had disconnected the Heat Generator. His guys were tearing down the boiler, which was the size of my kitchen. “It’s over here,” Dave said, walking over to the odd device and picking it up. He shook it. “There’s something inside it,” he said. He shook it again. “It’s probably sludge. It’s been on this system for all these years. I’ll bet it’s some sort of dirt collector.”
“Why would they call it a Heat Generator if all it does is collect dirt?” I asked.
I figure at this point, Mr. Mark Honeywell, wherever he was, was laughing himself silly.
“Maybe it makes the heat generate faster because it gets the dirt out of way,” Dave said. “I don’t know. I’ve never seen one of these before.” He shrugged and tipped it over as I stood there like a silly idiot and watched.
What poured out was about a pint of pure mercury, which hit the floor like a liquid lawsuit. I looked at Dave and Dave looked at me. You could have fit a softball in either of our young mouths.
I could almost hear Mr. Mark Honeywell laughing so hard that tears were rolling down his cheeks. I looked up at the basement ceiling and shook my fist. “Hey, Honeywell! You couldn’t have written that down somewhere?” I kept shouting and Dave just kept his mouth wide open.
Thing is, Mr. Honeywell had written it down. I just hadn’t gotten to that old book yet. But that’s the nature of education in this business. We don’t matriculate; we just stumble along.
Dave and I handled the immediate situation (in exactly the same way you would have handled that particular immediate situation), and the boiler went in. We left that job with a burning curiosity about this Heat Generator, which we took with us, of course.

I went to the library and dug for a good long time into more old books and learned that back in the day steam heat was hotter, cheaper and faster than gravity hot-water heat, but it also was way more dangerous. So how do you make the hot water move faster and save on fuel? Keep in mind we won’t see a circulator until 1929 and this was still 1905.
So what to do? If you make the water hotter, it will flow faster, sure, but you’re limited to 180° F because of that open expansion tank in the attic, which is there for safety. If you seal the tank and increase the pressure that will let the temperature rise, but it might be dangerous. The higher temperature will allow you to use smaller pipes and smaller radiators. That sure would save money on the installation, and you’d be better able to compete with the steamfitters. But what about safety?
That’s what was rolling through Mr. Honeywell’s mind. He designed the Heat Generator to be a pipe within a pipe, and one of those pipes dips into a pot of mercury. He connected one pipe to the hot-water supply line, and the other to the open tank in the attic. The mercury pot separates the two pipes. When the water in the system heats and expands, it pushes down on the mercury, which acts like a spring. As the water presses down, the mercury rises up the inside of the submerged pipe. If the system pressure goes higher than 10 psi, the water separates from the mercury and relieves the excess pressure into the open expansion tank in the attic.
So you wind up with a hot-water system that’s open to the atmosphere, but still able to make water (less than 10 psi pressure) rise to 240°F. Water that hot sure circulates quickly!
It was brilliant and so was he, and in a way, he gave us our first “circulator” because the Heat Generator made the water move more quickly in a gravity system. It caught the attention of the Minneapolis Heat Regulator Co. and the rest is history.
There are still plenty of Heat Generators out there. I talk to contractors who run across them all the time. A device that has only one moving part (the mercury) will last for a very long time. If you should come across one, please don’t tip it over. Leave that to dearly departed Dave and me. We’re more than happy to be your idiots by proxy.
I never met Mark C. Honeywell in person, but I will always respect him for what he dreamed and for what he did. I admire his passion and I like to think those early days were his most exciting. He was able to see a problem, think it through and then come up with a simple solution, upon which he built a mammoth business we call Honeywell.
I wonder what it might have been like to actually have been in a boiler room with him and Dave. I mean the three of us, and all at the same age. We probably would have argued, but at least he would have warned us about the mercury.
Or maybe not.

My father's American Dream involving a house, hydronics and plumbing

This steamfitter knew what he was talking about

Plumbing trends from the field